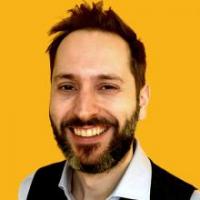 Antonio Savorelli started his own web design studio in Italy in 2004, and has been building client websites on Drupal since version 4.7. In 2016 he moved to the US, and he’s now a Drupal developer at Digital Loom in Cambridge, Mass. He’s also an independent scholar in the semiotics of TV narratives and a classically trained violinist, both of which are extremely lucrative sideshows. He’ll bake you a mean sourdough pizza, if you ask nicely (and at least twenty-four hours in advance).